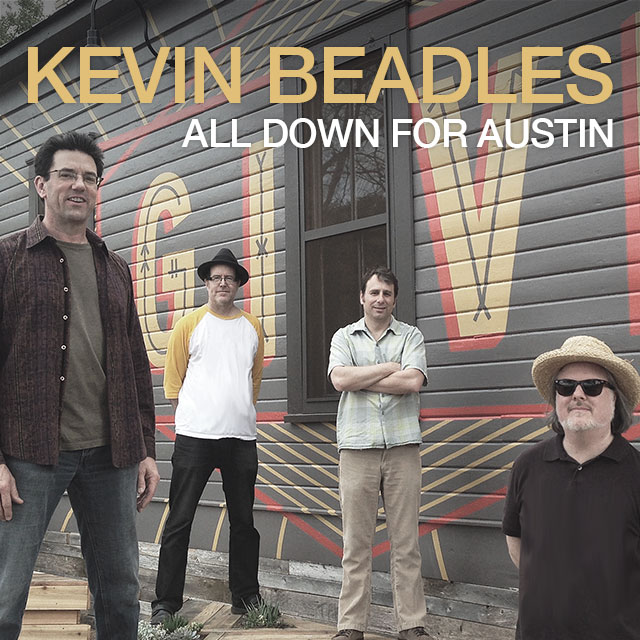 All Down For Austin (single)

"All Down for Austin" tells the story of my band's first trip to Austin to play during the South by Southwest Festival.  We witness drunken craziness worthy of Bourbon Street, play a total dive bar on 6th Street, and stumble into Dr. Shane's dental office where we meet The Iguanas and drummer extraordinaire Brady Blade.  When we get home, my bandmate, John Foster, says, "Kevin, we gotta a write a song about this."

So a year later we're back in Austin, this time SHARING the bill with Brady at Dr. Shane's "Mouth by Mouthwest" stage.  Now Brady's an amazing drummer who's produced/recorded/toured with the likes of Dylan, Emmylou, Dave Matthews, Steve Earl, etc.  So how does he react when asked if it's okay to include a shout out in the song we're about to record?  "Is it okay?  Hell, I'll play on the track if you want me to!"  And so he did…

Special thanks:
Brady Blade
The Iguanas (Rod, Joe, Rene & Doug)
Dr. Shane & the Authentic Smiles staff (Mia, Kayla, Fae, Lauren & other wonderful folks)
Mouth by Mouthwest Festival
RedGorilla Music Fest
DejaSet (AKA Set.fm) for the live stream webcast & archiving
Linda & Jared Price for showing us the sights of Austin & coming to almost every show we played there over 3 years
Liona Rowan & Randy Bumgardner for hosting us when we couldn’t find a hotel our first year in Austin