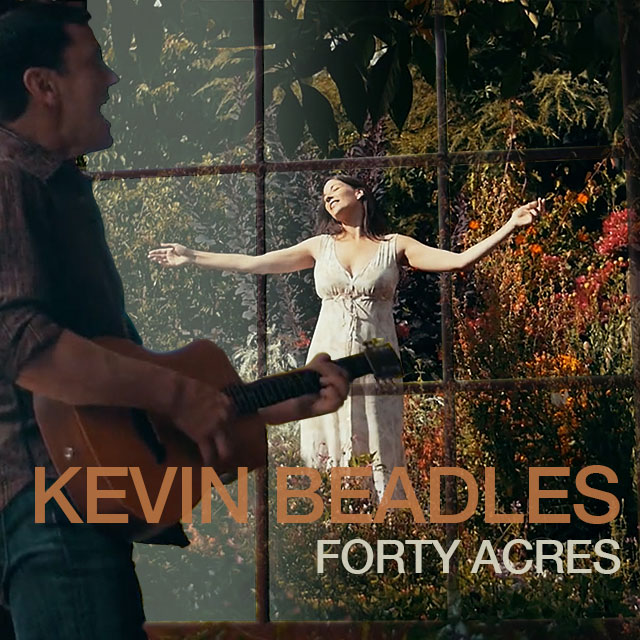 "Forty Acres" is the follow-up single to Kevin Beadles' "Shouldn' " which reached #26 on the European Country Music Association chart and received airplay on 400-700 plus stations for six months.  This feel-good Americana rock features the virtuoso harmonica of Bruce Kurnow and a Southern gospel inflection that sounds like it could have been recorded at Muscle Shoals.  The song's narrator knows he's on to something good so he's willing to wait as long as it takes for his lover's barriers to come down:

Special thanks:
Simon Wartzburg for use of his Forty Acres in Berkeley, CA